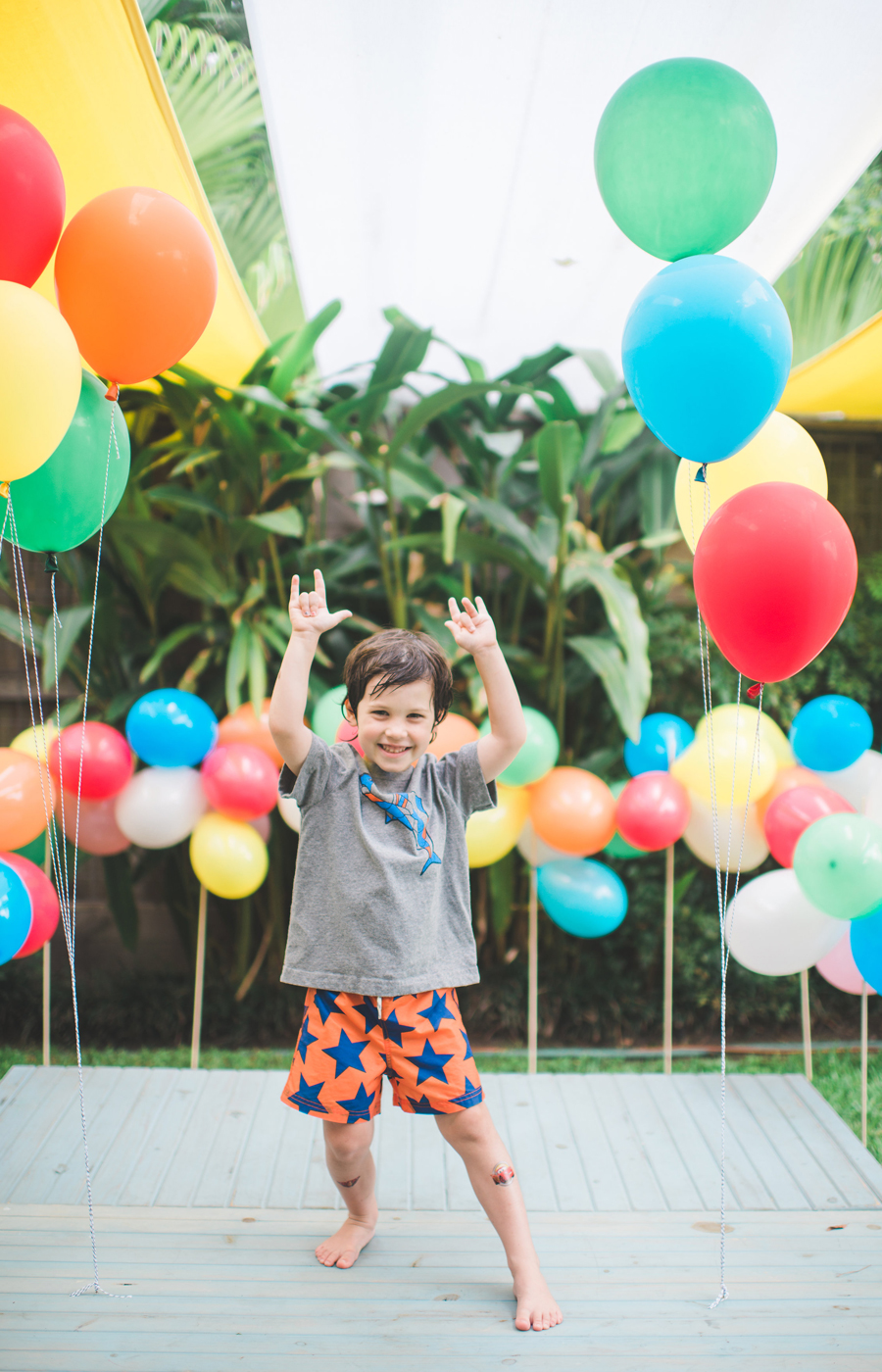 Who wants to be tied down to one birthday party theme when you are turning five and there are so many things out there to love?! This kid was hilariously involved in the planning of his party this summer. One day, the two of us sat at my computer and I showed him Pinterest. His mind was blown and he giggled and pointed and wanted it all. (Now that I think about it, that’s probably not much different than those of us eight times his age.) We ended up pinning a zillion things but actually doing only about 3-4 of them.

Ninja balloons? Sure. Rainbow fruit skewer thingys? Yep. This fruit bowl? Nope. Sorry kiddo. That mom is waaaay more talented with a knife than I. These napkins? Heck yes! I love you and your taste in napkins.

It was also during that afternoon sitting with Brae and listening to all his fun comments and ideas that the idea for his party invitation popped into my head. It was so fun to draw, and it will be fun to look at in a few years to remember the things he got a kick out of and some of the things he said as an almost-five-year-old. My friend, Kennon, took this photo of him and it set the whole concept off perfectly. I was so pleased with his sweet and silly face that I ended up using a handful of photos all taken that same day for other party décor. Like the water bottle labels. And each guest’s lunch box —which were a huge hit. 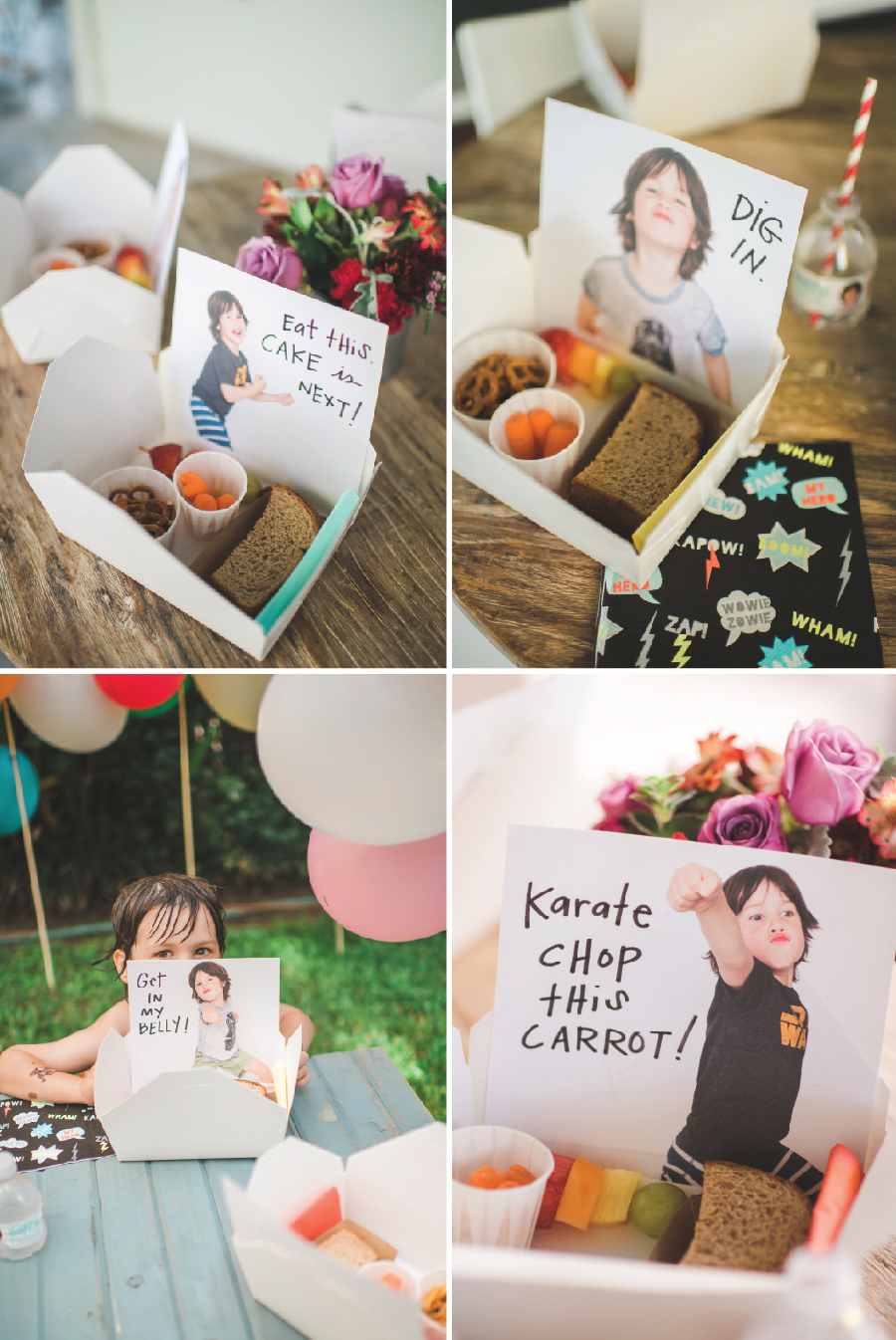 The night before the party, we grown-ups had a fun time making up the silly comments for each one. We even slipped in one of the birthday boy’s big brother for a laugh. In addition to being fun to make and look at, the lunch boxes were practical for me because with most of the party happening outside, it was too hot during the day to have a table with food sitting in the heat for long hours. So we kept the boxes inside until an hour or so into the party, then brought them out to hungry kids who thought it was pretty special to have their own little box ‘o food. Each box included a PB&J, a fruit skewer, carrots, pretzels and a napkin. I know, I know, super fancy. 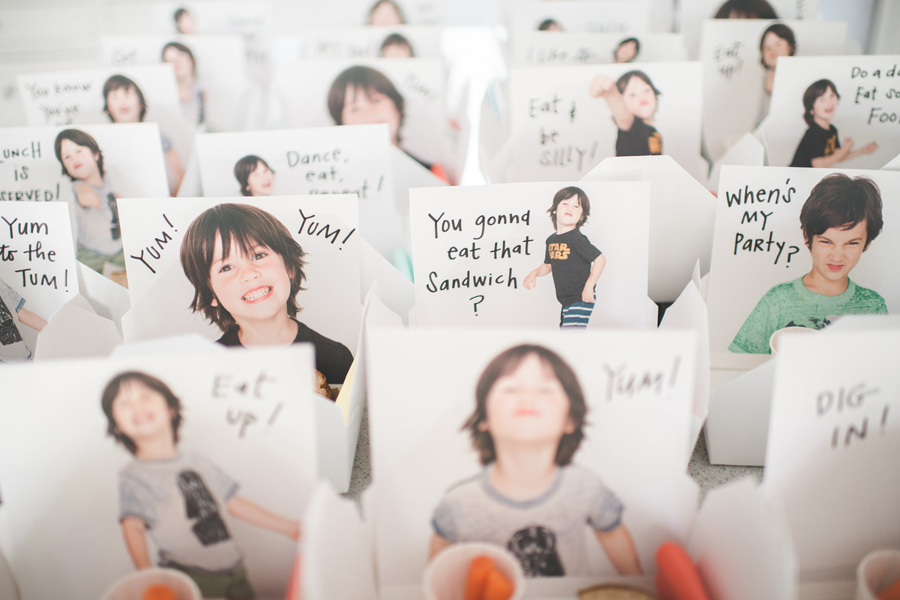 All of our kids’ birthday parties we’ve had at our home so far. This was our 11th one! And while each party is somewhat different and might use different colors, most of our party décor is exactly the same for every single one. I like this because we don’t buy new stuff and throw away old stuff every time. It is also sweet because when our kids see this particular décor come out of my studio closet, they know a celebration is about to happen. 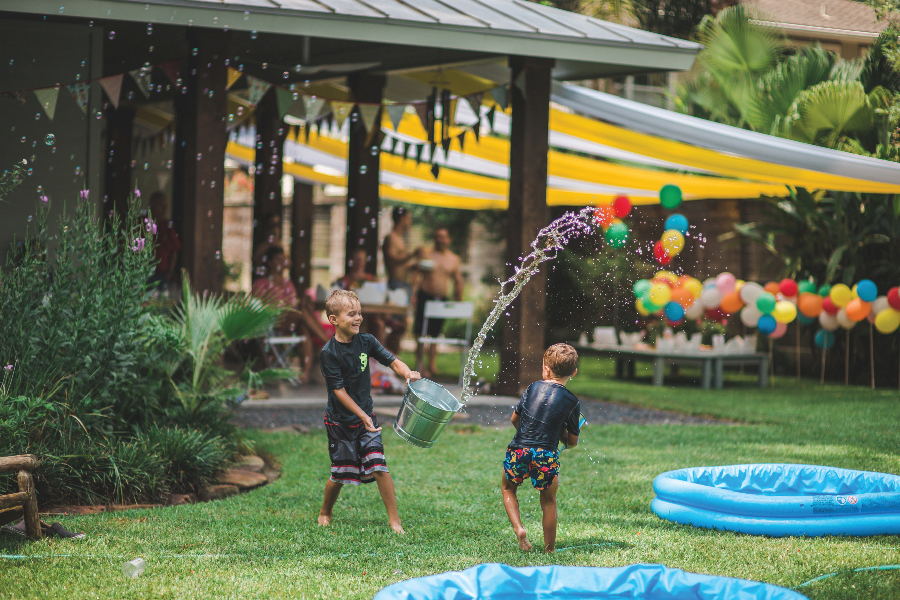 Of the things we use year after year, one of my favorites is the party flag bunting. We’ve hung them for every single party (and my 40th birthday party too). In 2009, I convinced my mom to help me make 85 million yards of them. I only know because she still reminds me that we spent 85 million years cutting triangles and sewing. But I love them. It is one of those things that was quite a bit of work in the beginning, but we use them and use them and use them and they add a ton of color and are incredibly easy now. I will save them and pull them out when my kids are turning 21 and they will roll their eyes and say, “Mooooooom, seriously!??!” And I will say, “Yes, we are hanging these ratty old things with moth holes and mold. Yaaaaay, you are so lucky. Now have a beer and eat your cake and act like you love these damn flags like you did when you were seven.” 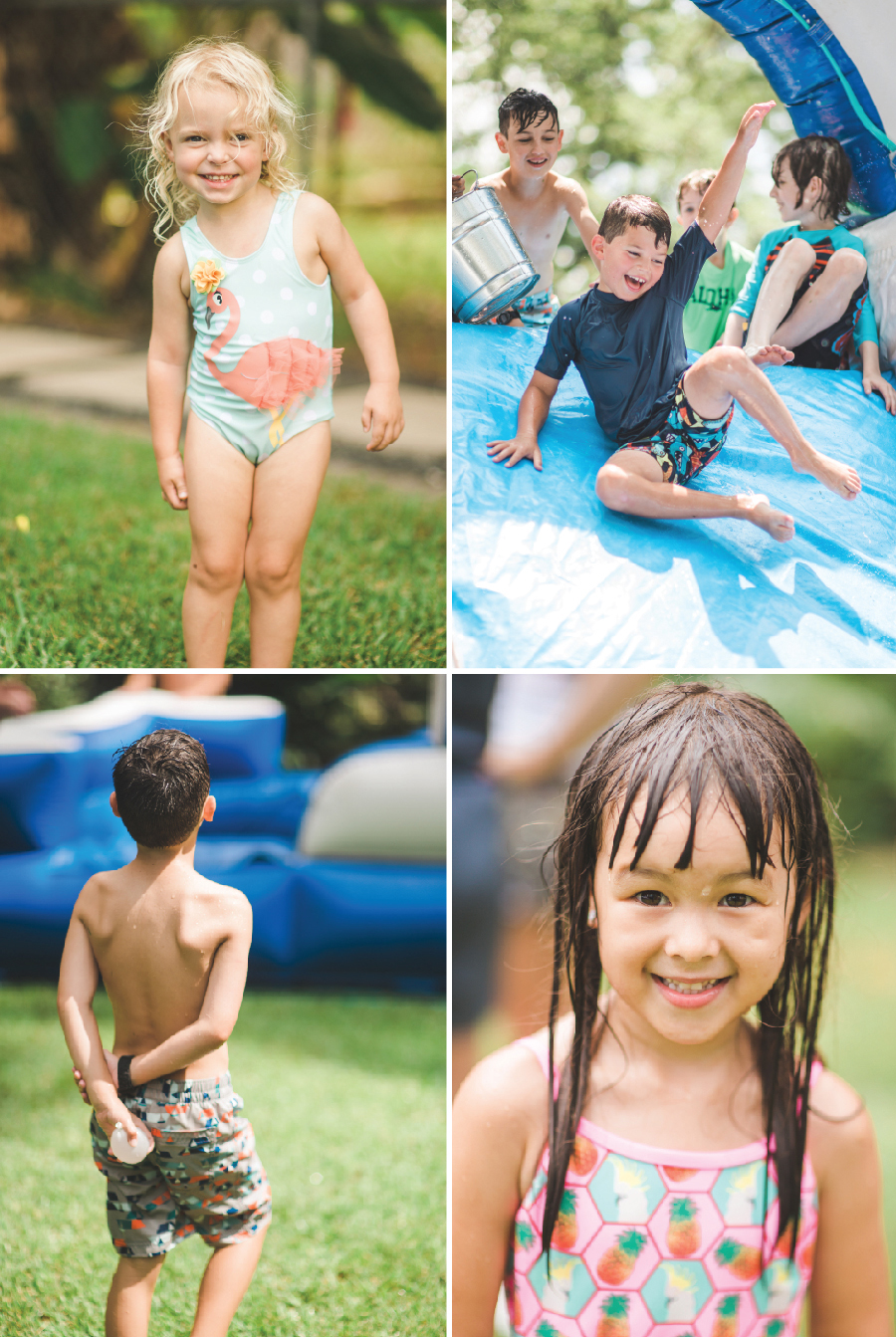 Another thing we use for all our parties are the yellow and white shade banners. It’s crazy hot, humid and sunny in Houston in the summer, so I concocted this idea in my head and our incredibly talented seamstress neighbor made it happen. They give us much appreciated shade, but they also look killer in photos. Just don’t ask my husband, dad or brother how beautiful they are while they are sweating through their shirts and grumbling trying to stretch and hang them perfectly. 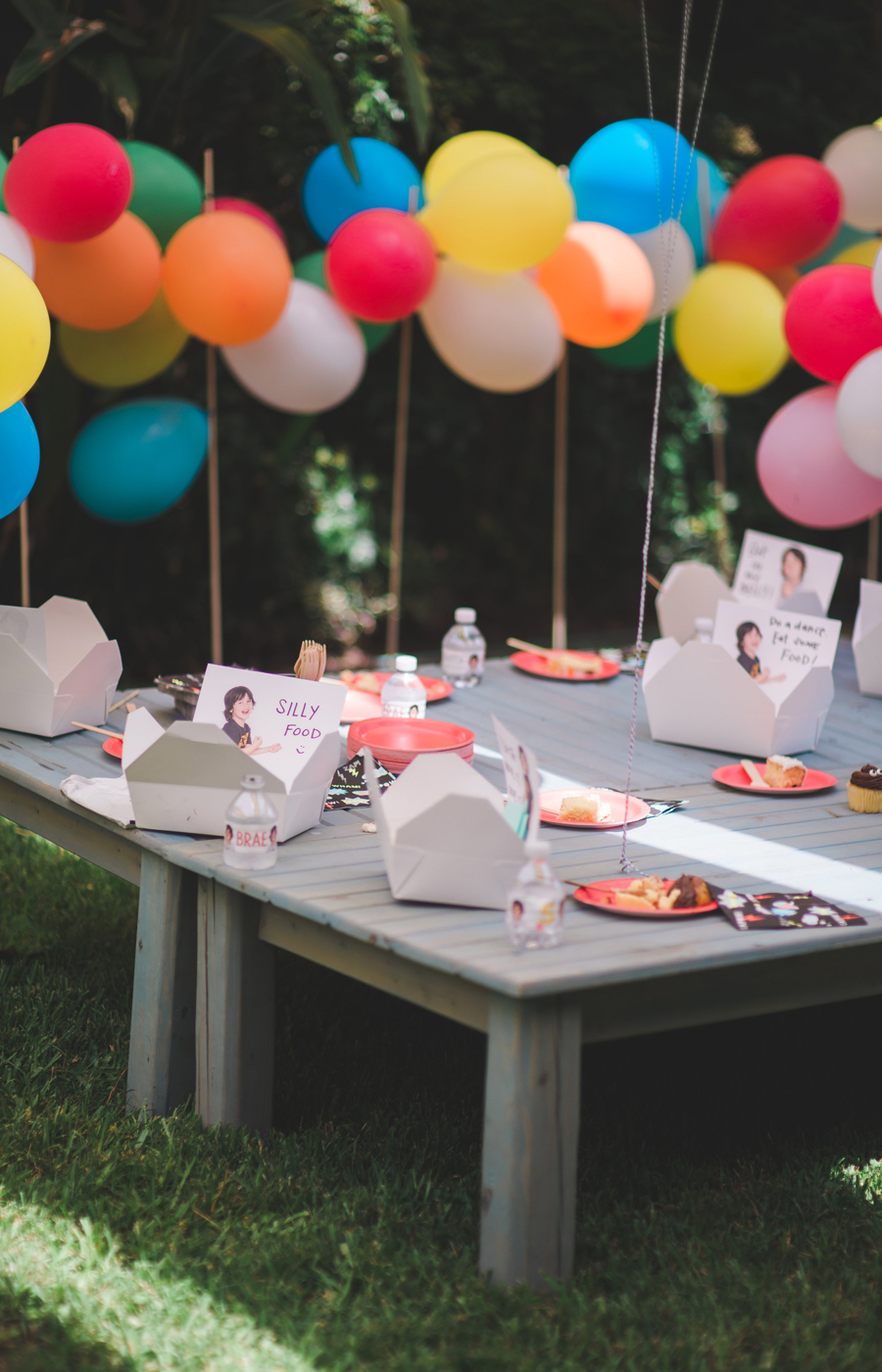 The little low blue tables are perfect for cake and lunching at the party. We had them made from the leftover porch wood when we built our house. We have two sets of legs for them, which can be switched out. The tall legs make for a regular size table, and the short ones are the cute height we use for all the kids to sit around on the grass. 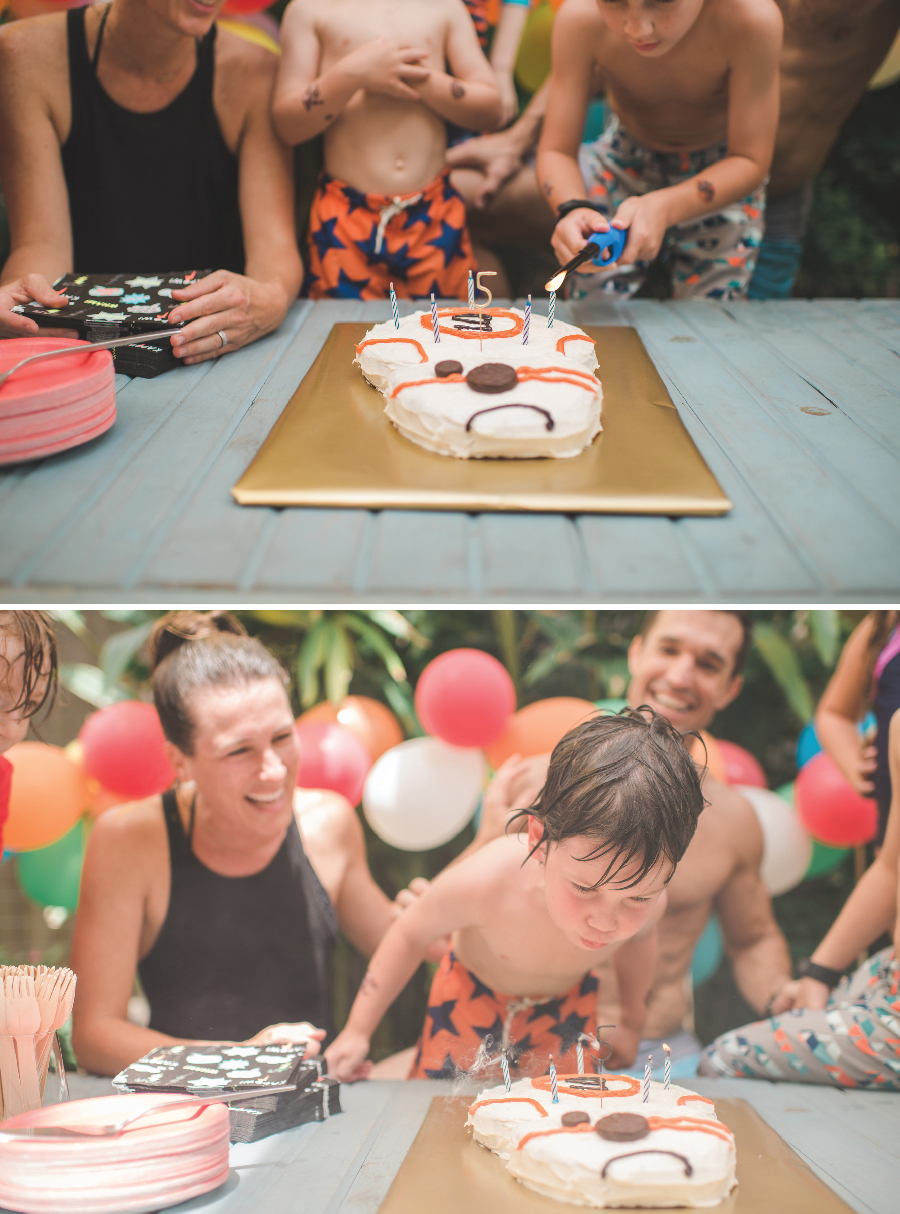 The BB-8 cake was made by me — a self-proclaimed very untalented cake maker. But I love making the kiddos’ birthday cakes. My mom did the same for me when I was little, so I think it’s a combination of the nostalgia and the challenge that keeps me cranking out these cakes every party. I am completely aware that I could order a cake that both looks good and tastes good, but my cakes make me laugh and my kids like to watch me laugh and sweat trying to squirt icing in a straight line on the cake. Which never happens. I even practice first on a napkin. But it still never streams out of that little plastic nozzle how I want it to. So I make a point to over-exaggerate how bad it is, pretend cuss and jump up and down. Then I knife it off and do it again. My kids roll on the floor cracking up at my failure, and I let them lick the icing off the knife. So it is pretty much the best day ever making ugly cakes together. 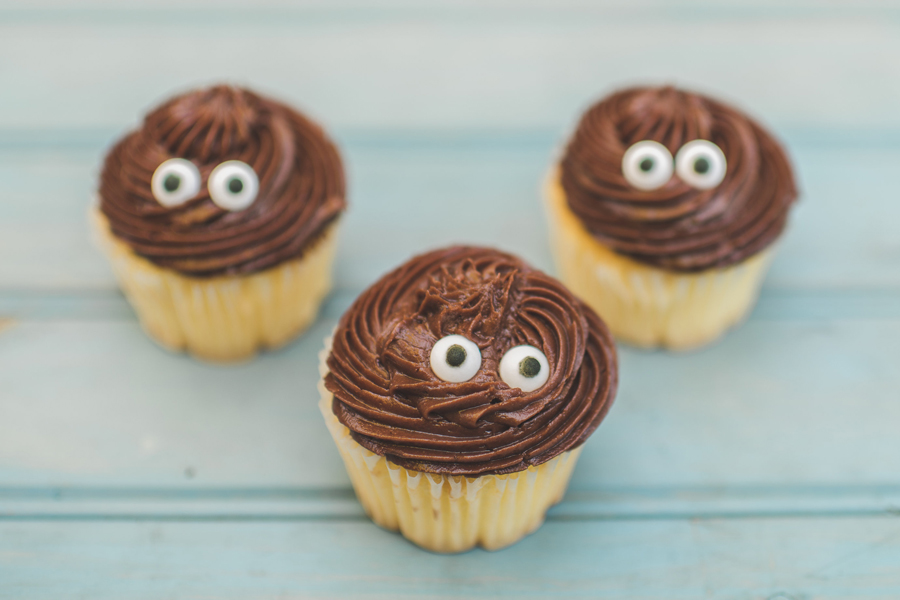 For this party, I also bought chocolate cupcakes at the last minute because I wasn’t sure BB-8 was big enough for both kids and grown-ups to have a piece. The little candy eyeballs made for perfect poop emoji cupcakes—emojis are another thing that Brae thinks are hilarious right now. Poop also. Hilarious. And talked about by him often. Poop. Poop. Poop. 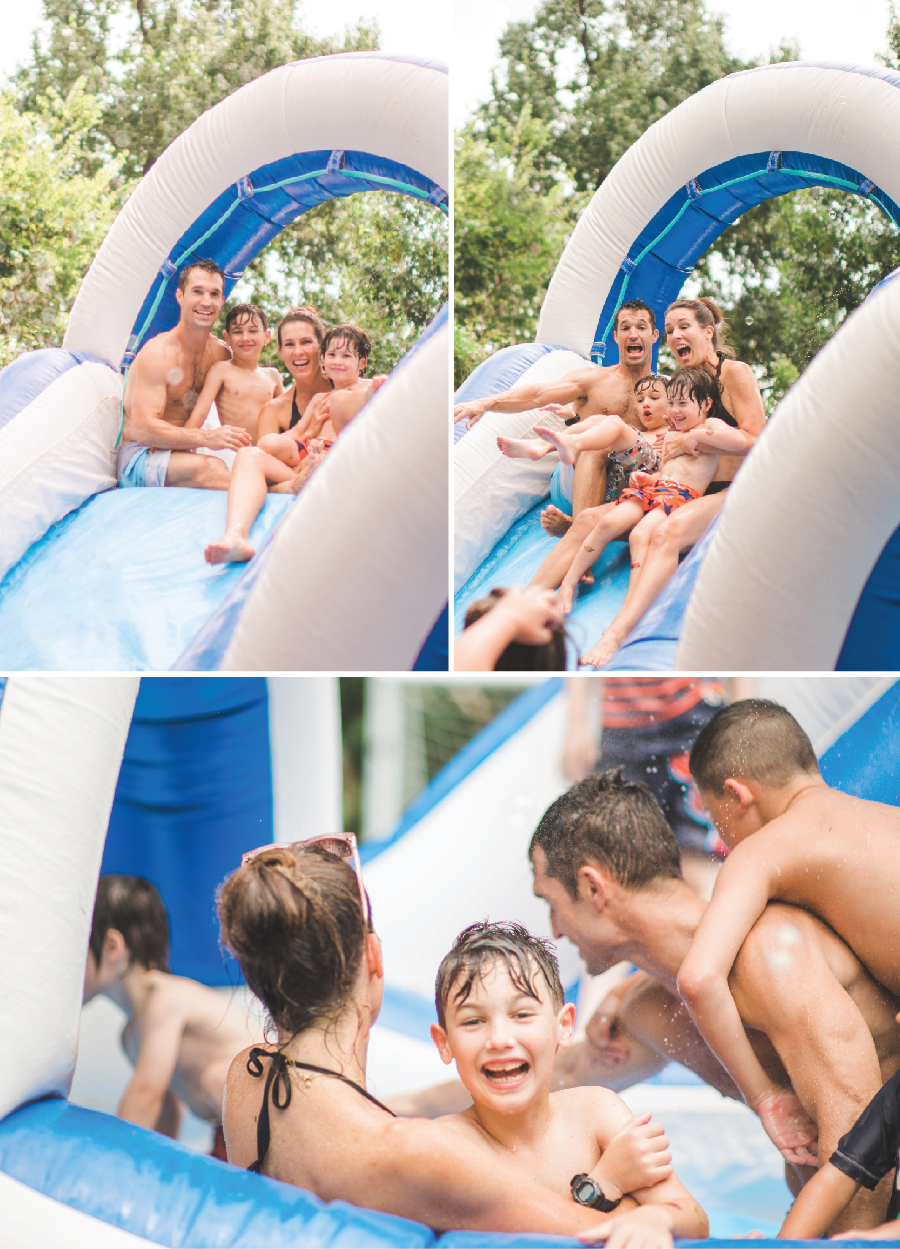 Other party details come together pretty easily now that we’ve got the process down. We rent the huge slip and slide which is a ton of fun for kids and adults. The blue baby pools are filled up year after year. We have hundreds of water balloons to peg each other with. These are a dad favorite. Our bubble machine was added to our party mix a few years ago, and is by far the most durable and functional one I’ve ever seen. It cranks out streams of bubbles, which the little kids particularly love. For the balloon décor this time I bought bags of assorted latex balloons and used an X-acto to make a small slit in the end of each and slid them over wooden dowel sticks. We stuck them in the grass easily and they were such a fun and happy color pop. The felt letter board is from Letterfolk. The favor bags came from Shop Sweet Lulu, and I used felt and fabric glue to make the emoji face on the front of them. Each one had 3 pieces of big sidewalk chalk inside. I like that the kids can use the chalk and then save the bag to put something fun of their own in later. 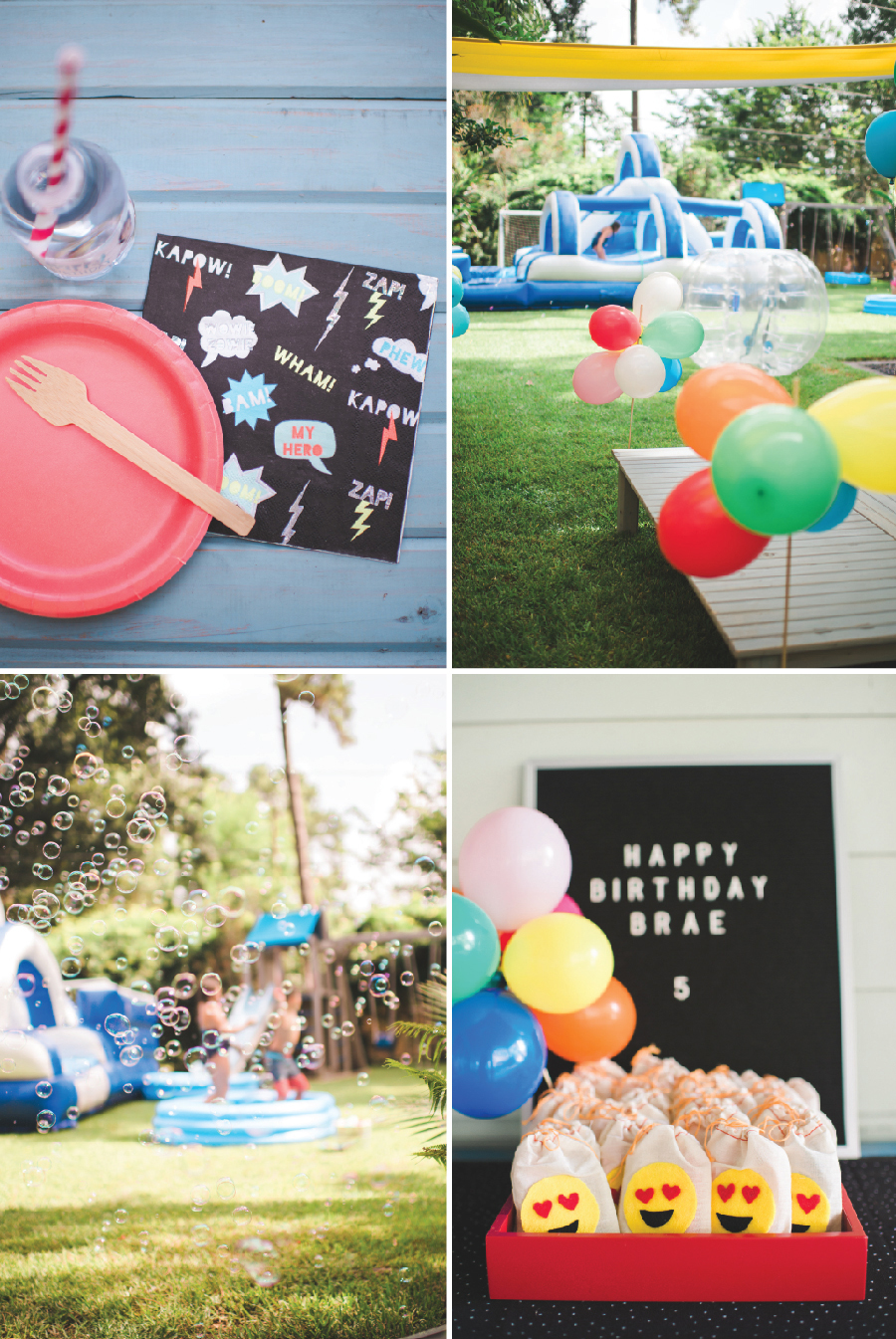 My friend, Rebecca, came in town to shoot the party for us. This is a huge treat for me because I don’t fret about taking photos, and it allows me to be in the photos too. A wonderful perk of my job is working with talented photographers, and Rebecca is as kind as she is talented. And just to throw it out there, we aren’t styling each shot, we don’t aim for perfection. I make a little list before the party of what to shoot, then she shoots while we play. Her style is stellar, and I love how she captures the playful moments.

All in all, the party was just a great, great time. I love to design things for my kids and their parties. It is my most favorite work. To celebrate a whole year of life, to enjoy time connecting with our friends, to play, eat, drink and make a huge mess and then to fall asleep on the couch together sopping wet with frosting caked in our hair and looking forward to doing it all over again on the next birthday. 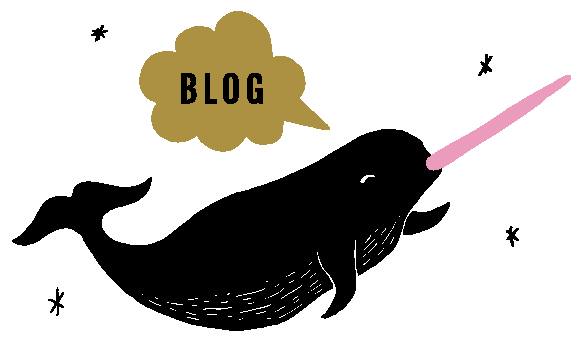 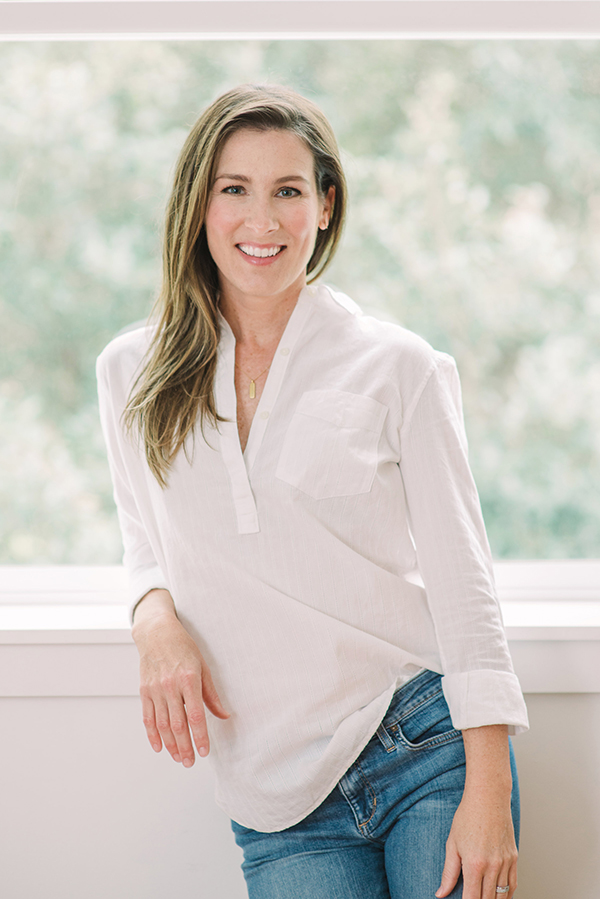